THE CHURCH OF THE LORD JESUS CHRIST

George Foreman suffered only his second professional defeat when he lost to Jimmy Young in a boxing match in Puerto Rico in 1977. In his locker room after the match, George had a deeply religious experience that changed his life forever. Even though George was a top contender to regain the heavyweight title, he retired from boxing, at the age of 28, to serve the Lord. George became an ordained minister and has been preaching at The Church of the Lord Jesus Christ since 1980.

"(In the late 1970s) I had been preaching occasionally in the church, and I loved to preach, so I bought thirty minutes of radio time on a Houston station and continued preaching. On my show, I talked a little about boxing and a lot about the good Lord. I was living in Humble, a suburb of Houston, so when I went into the city to do my radio show, it wasn't unusual for several friends from my former church to ask me to lead a Bible study or to pray with them. Three or four of us met in various homes; soon there were six or eight, then ten people attending.

Before long, someone asked, "George, do you think we could have a service in my home?"

"I guess so. Why not? The early church met in people's homes. I guess we can too." We began meeting informally at various homes in Houston, and before long, the crowds became too large for most houses to accommodate. Eventually, we bought a piece of land and an old, dilapidated building on the northeast side of Houston. I owned a large tent that I had intended to use in holding outdoor "evangelistic" or "revival" services, so we put up the tent in the lot next to the building and held services there while we renovated the old structure. I didn't really intend to start a new church, but eventually we found it beneficial to organize."

Excerpt from "God in my Corner" 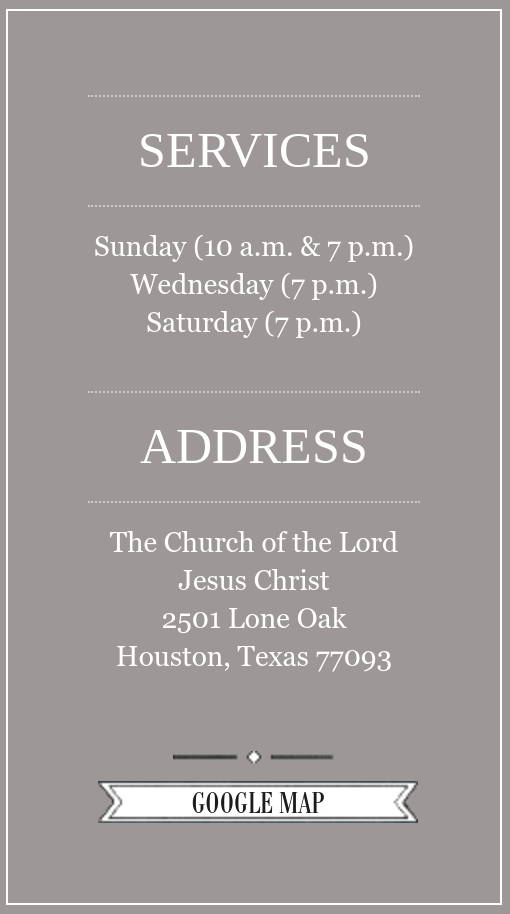